JAMBIDAILY HEALTH – Jambi Governor, Dr.Drs.H.Fachrori Umar, M.Hum encouraged the medical officers who were on duty on takbiran night by visiting the medics to Raden Mattaher Jambi-Indonesia, General Hospital and giving them gifts on Saturday (5/23) night. Not only medical staff, security officers at Raden Mattaher Hospital and other employees on duty also received gifts from the Governor of Jambi.

Fachrori stated that he highly appreciated the medical staff, especially those who were on assignments on the eve of takbiran. He thanked the Jambi Health fighters, especially currently struggling to treat Covid-19 patients.

The governor of Jambi encouraged the medical staff to keep up the good work, even in the atmosphere of takbiran at night. “Even in the atmosphere of takbiran, do not be discouraged because you cannot gather with your beloved family. Your duty is a very noble task of humanity. Keep up the good work, carry out the task as well as possible, follow the Covid-19 deployment prevention protocol, and let’s pray together that this pandemic will quickly pass, “said Fachrori.

Fachrori revealed, his arrival was merely a form of empathy and motivating the medical and other officers. “On behalf of personal and family and the Provincial Government of Jambi, I apologize for all the mistakes and shortcomings,” said Fachrori.

Fery hopes that all medical officers and other officers will continue to be enthusiastic in carrying out their duties even though they are working on takbiran night. Fery added, the number of gifts given was 350 gifts. 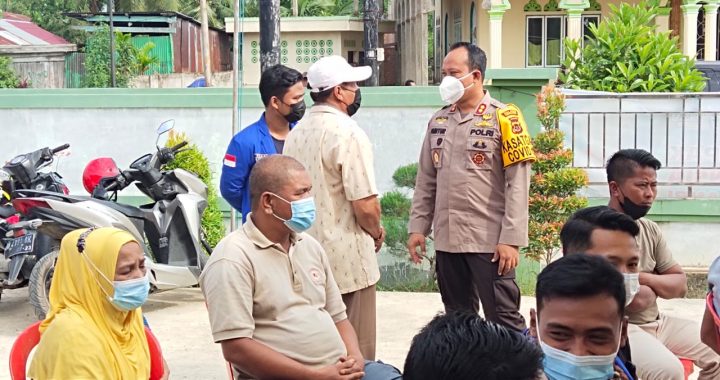